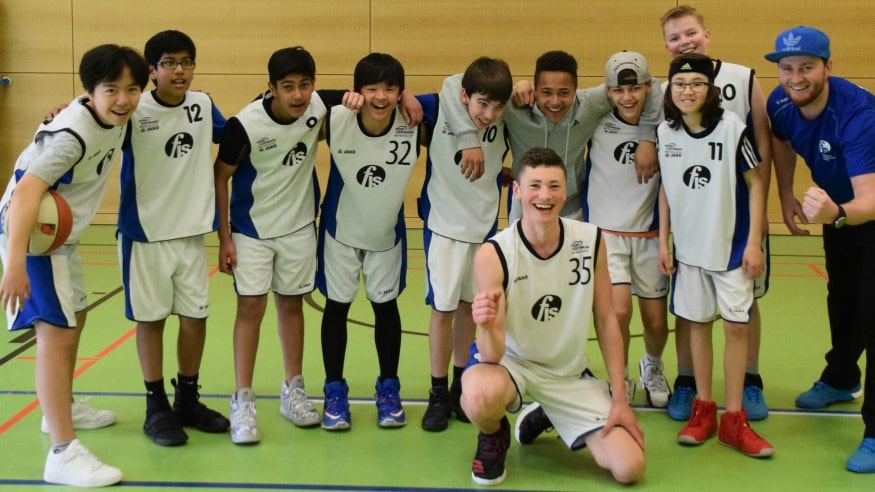 Last weekend our U14 Basketball teams were in action at the GISST Tournaments in Berlin and Stuttgart. Both girls and boys teams fought hard and showed not only a high level of sportsmanship and fairness, but also performed some amazing moves on court. After three wins out of six games, the boys finished in 7th place. The girls won all the pool games as well as the semi-final match to finish in a brilliant 2nd place. Thank you to the coaches Jana, Frank and Leon for supporting the U14 Basketball teams this season. Good job everyone!

The regular U14 Girls Volleyball season started this week. This activity is very popular and the training is full, but if there are any other girls who are interested, please let me know and I can put them on the waiting list in case any other students drop out. The U14 Boys Volleyball has been cancelled this school year due to lack of interest.

Unfortunately, the begin of our Track & Field training  season scheduled for last Tuesday, March 14, must be postponed  to next week due to unforeseen circumstances (i.e. facilities still closed). The new starting date for the GISST U14 and Varsity Track and Field training should be Tuesday, March 21, which will be confirmed to all students involved and their parents once again. Please note that this school year there will be two training sessions every week – on Tuesday and Thursday, both taking place at the university track in Hartmannstraße. Thank you for your understanding!

If you child is involved in the Course 3a, 3b or 3c please note that there will be an additional session on Friday, March 31 in order to make up for the one cancelled earlier in February.