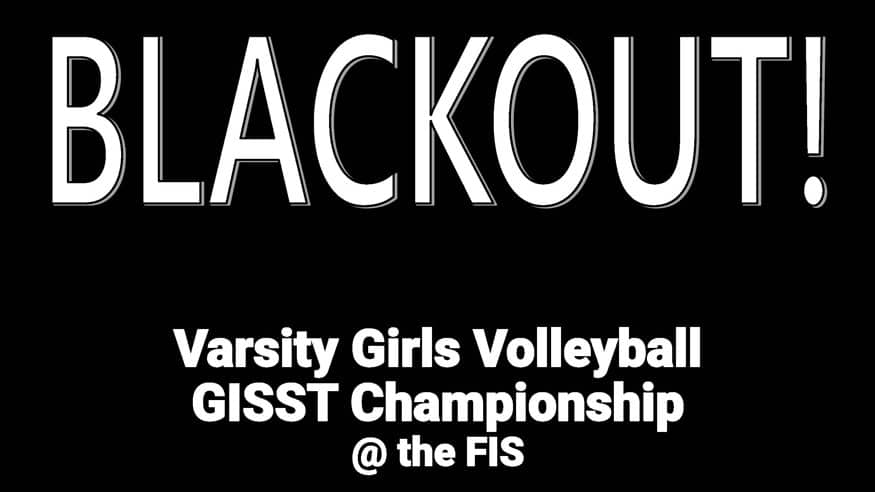 Come and Support Our Volleyball Girls!

Congratulations to our U14 Football teams for their great performances last weekend. The girls finished in fourth place in Leipzig and the Boys won the first place at the division II tournament in Berlin, qualifying for the division I next year. Awesome! Thanks to the coaches Mr. Hyde and Ms. Chiodo, chaperones Ms. Prest and Mrs. Aissen, and of course all supporters. Way to go FIS Dragons!

This weekend our Varsity Volleyball teams are in action! The boys are playing in Dresden at the Dresden International School. The girls will remain in Erlangen. Please come and support the team. A detailed schedule can be found below.

Good luck to ALL!

Congratulations to the Boys Volleyball teams who played earlier this week. The JV team finished in third place and the U14 team finished second in Erlangen. Thank you Ms. Hope and Ms. Krauß for coaching the boys at this competition.

Next week Tuesday, November 27, the FIS Junior Varsity Boys Basketball team will participate in the Erlangen City Championships for students born between 2002 and 2004 (Jungen II). The tournament will take place at the Friedrich-Sponsel-Halle during the regular school day. We will be playing along with two other local schools. Meeting time at the venue is 13:00, games begin at 13:30. The tournament should be finished latest by 15:45.

This Saturday, November 24, FIS Swimming Interschool, U14 and Varsity teams are traveling to BIS (Bavarian International School near Munich) to compete. They will leave FIS at 7:30 and should be back by 17:00. The coaches, Mrs. Eckersley, Ms. Prest and Mr. Soendberg, will accompany the teams.